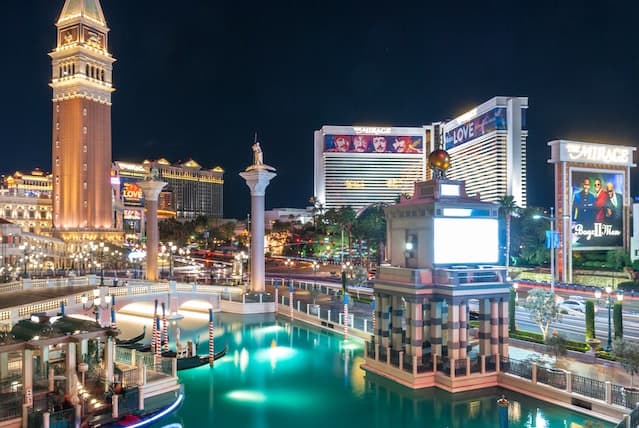 The Ultimate Guide for a Weekend in Las Vegas

Newcomers to Las Vegas are often confused by its reputation as a party city. After all, what party can last for an entire weekend? Yet visitors who take the time to explore will discover that, even though the lights of the Strip burn brightly and nightclubs remain open until five am on most nights. Las Vegas is home to various indoor activities with no cover charge and a more mellow atmosphere. Fortunately, there’s plenty of time for both activities when you plan your visit for Friday afternoon through Monday morning. Here’s how to make the most out of a weekend in Las Vegas:

Getting to Know Vegas

Before deciding what to do while in Vegas, you’ll need to understand a few things about the city. First, the Strip isn’t the city; it’s the boulevard that runs through the heart of Las Vegas. The Strip is home to many of the city’s most famous casinos, hotels, and landmarks, including the Bellagio, Caesars Palace, the Flamingo, and the Mirage. The Las Vegas Convention Center is about a mile west of the Strip, and the city’s airport is southwest of the Strip in a neighborhood called McCarran. The city’s Fremont Street is famous for being the original downtown area, though few tourists visit it.

Suppose you’re only going to do one thing while in Vegas; make it the Strip. The boulevard is home to the city’s best restaurants, its most famous nightlife, and some of its most famous landmarks. You can easily spend an entire day exploring the Strip, so start early. The best way to get to know the Strip is to walk down it, beginning on the south end at the SLS Las Vegas.

Las Vegas has a reputation for being a city that exists to entertain tourists with wild and crazy activities. While it’s true that every central hotel on the Strip has some fantastic show or club, there are also a surprising number of museums in Sin City. The Las Vegas Natural History Museum is arguably the best place to start a day of indoor activities. The museum offers various hands-on exhibits and educational programs for kids and adults.

The Strip is home to many of the world’s best comedians, magicians, and musicians, and several of them have regular shows at various hotels. You can’t go to Vegas without seeing a Cirque du Soleil show, and there are several on the Strip, including O, Michael Jackson: ONE, Zumanity, and Mystere. Don’t miss the Blue Man Group, a show that has become a Vegas staple in recent years. Other shows, such as Absinthe, Carrot Top, and the Beatles Love, are great for visitors who want something different.

Las Vegas is a 24-hour city, but that doesn’t mean you have to go out every night. If you’re a family with young children, you may want to make at least one night a relaxed indoor affair. Most of the best restaurants in Las Vegas are indoors, so you don’t have to worry about the heat or crowds. Some of the most popular places are the Bellagio, the Cosmopolitan, the Venetian, the Wynn, and the Palazzo. If you’re looking for an action-packed night out, there are plenty of bars, nightclubs, and pool parties in Las Vegas along the Strip.

Las Vegas is home to some fascinating places. The Neon Museum is a must-see for any visitor to Las Vegas, as is Bragg’s Pie Factory, where you can try the famous apple pie while enjoying fantastic desert views. The Ethel M Botanical Cactus Garden is a must-visit for those who want to learn more about desert life, while the Liberace Museum is a great place to learn more about the city’s rich history. Finally, don’t miss the Las Vegas Natural History Museum, the Mob Museum, or the Pinball Hall of Fame if you want a more educational experience while in Las Vegas.

Vegas has something for everyone, and there is no better way to experience it than over a long weekend. Spend one day exploring the Strip and the museums, one-day seeing shows and dining, and one day enjoying the city’s many indoor activities. You can make the most out of a weekend in Las Vegas with some planning.

Welcome to WordPress. This is your first post. Edit or delete it, then start writing!